The Key to Match Three

Pocket River has recently released "Fantasy of Elements" and we want to give it a proper genre to be linked to. Is it an adventure game, a role-playing game or something else? I like to think of it as the something else category and that something else is a matching game. We all have seen some sort of matching game in some type of variation. But how did it come to be and would you classify these games as such? This article will dive into the history behind the matching game and how far it has come today. 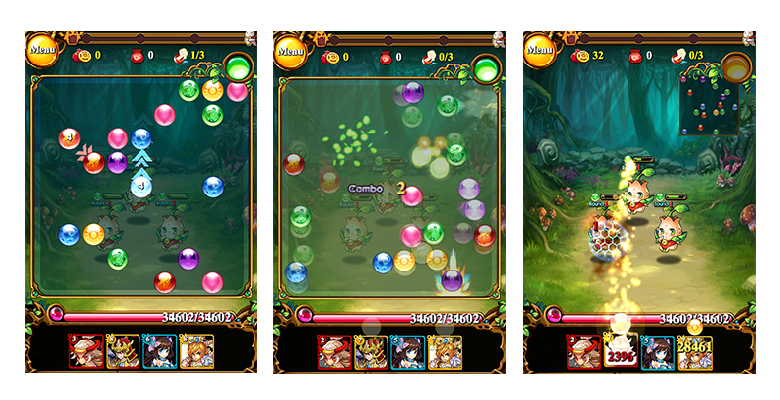 Matching games have been around for hundreds and hundreds of years. It started going by the name Match Three and evolved throughout the years. The elegant simplicity of Match Three starts with the name of the game, which eponymously describes the goal of the game. The game usually is played on a board marked out in an eight by eight grid. On this grid, 64 objects are placed, from a set of seven different objects. Any set of seven objects can be used, but custom dictates the objects are gems. The game evolved through the Dark Ages until finally coming to the Americas in the early 1600's and was played by famous people in history such as Benjamin Franklin and Steven Hawking. The Match Three became a gentleman's game and soon America became the world leader in the activity.


The game stayed pretty consistent until the 1970's when the game Doku-Go was created in arcade parlors across Japan. Defined as the epitome of the Match Three, Doku-Go evolved into Sudoku and moved away from the Match Three formula. While that game died, another variation was born with the Atari game console, which got its name from the word that the Japanese would shout when they won a game of Match Three "ATARI!!!" Atari wanted to create a console that was exclusively Match Three, but when it was not received well, Atari decided to create a multi-game console instead. Match Three games were sporadic in the years up until the mobile game boom, where variations of the game made its glorious comeback.


Let's continue by diving into specifics. The Match Three game is basically a game that the player makes a move on a board to get a match in order to advance and beat a stage. As spoken about earlier, more games are adopting this concept and building upon it. Games like Candy Crush and Bejeweled are considered matching games, all having the qualities exhibited in the Match Three games. One of the oldest matching games (at least in the digital age) is Tetris. Now, we know it is not a Match Three but it does have the qualities of the Match Three games as it utilizes different shapes and colors to be victorious. So what is the next stage in the evolution of Match Three? Pocket River has the answer.


Just released in the Western countries, Pocket River introduced Fantasy of Elements. This game is a fresh take on the matching game that throws out the standard of playing in rows and columns for a more free form of matching. Instead of candies, jewels or blocks, Fantasy of Elements requires you to match elemental orbs of different colors in order to power up your guardians. Just like other matching games, the goal is to match like orbs to defeat your opponents. Often, orbs that you do not need get in your way and you need to eliminate these in order to complete your mission. While hardcore matching enthusiasts may scoff at this notion, Fantasy of Elements combines a cute and lighthearted story with the matching elements to create a different gaming atmosphere that is sure to endear to fans of different genres.


Just like every other gaming genre, with a little bit of creativity and love, a simple game can blossom into something wonderful. In the case of Fantasy of Elements, the game was developed with the core principles of the matching game in mind and from the tears and the sweat, a highly addictive, unique and entertaining form of media was created. Although in its infancy, I am excited to see what updates the developer has in store for this wonderful piece of art!